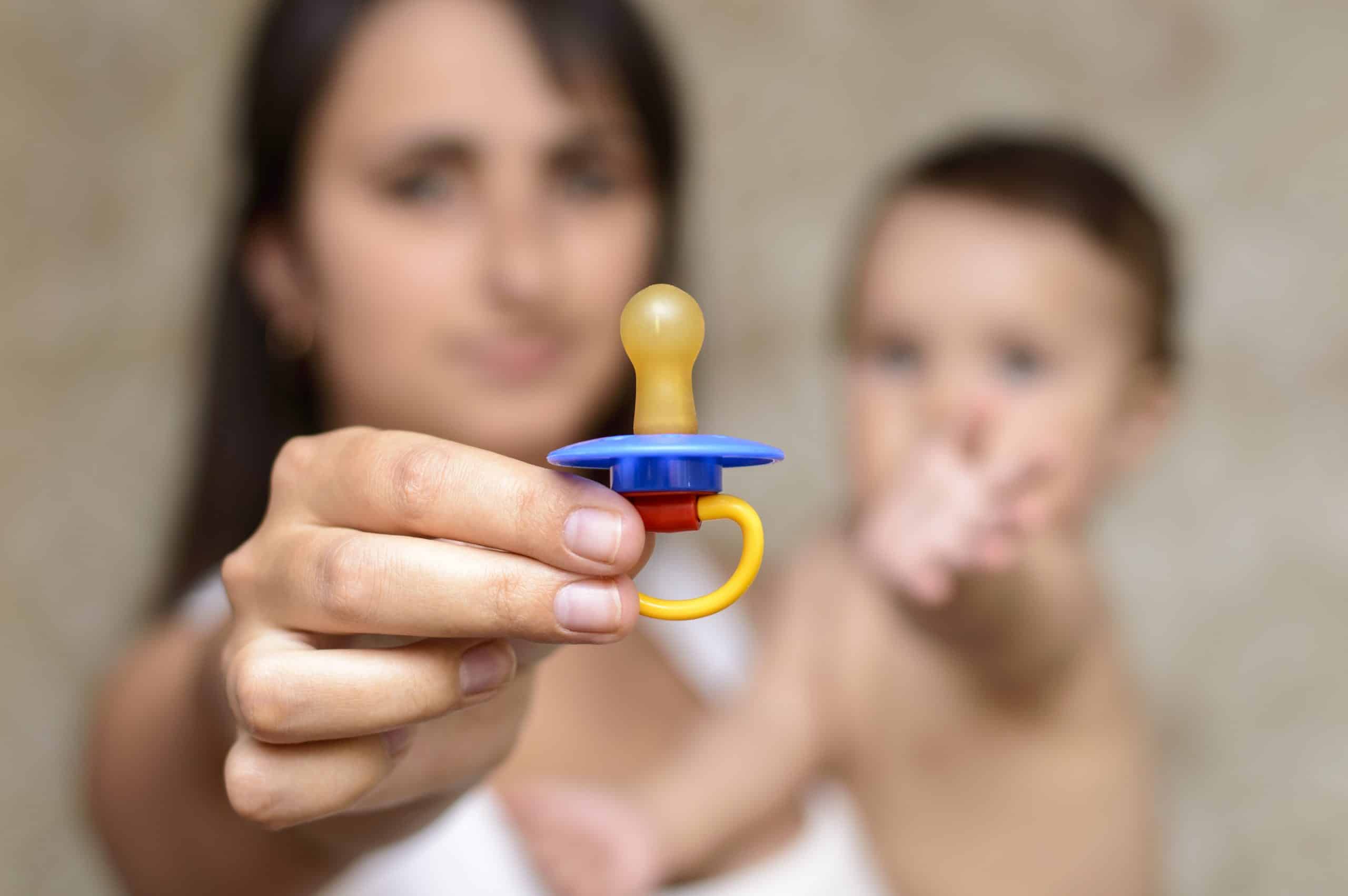 Most parents will have been faced with this choice. Even before the birth of their child, while walking the aisles of the baby section at the local shopping centre.

The idea behind orthodontic pacifiers, sometimes called thin neck pacifiers, is that their shape is less likely to cause front teeth to be pushed forward, or intruded, when they eventually start coming through the gums.  It is thought that using this type of pacifier means it is less likely that the child will need orthodontic treatment later in life.

Pacifier and finger sucking is common amongst young children with between 60 and 80 per cent using this soothing method. In an ideal world children should stop all sucking habits by 24 to 36 months of age. So that they can reduce the risk of developing bite problems.

If you had prominent teeth, or even braces as a child, then you would probably pick up the orthodontic pacifier in the hope that it would cause less problems to your child’s teeth.

But, do they work? Or, is it just another gimmick? Only recently has anyone bothered to find out!

A team of researchers in Germany recently conducted a very detailed study, called a randomised controlled trial. It was to see if there is any difference in the infants who use “normal” pacifiers, versus infants who use “orthodontic” pacifiers.  When the infants were eventually weaned off the pacifier, they measured the prominence of their front teeth.

The study found conclusive evidence that orthodontic pacifiers cause less prominence of the front teeth, compared to normal pacifiers!  However, before we get too excited, they found that the difference was about the size of a full stop. In other words, the difference is hardly worth bothering about.

In reality, it is better for the teeth if pacifier use is stopped before your child is 36 months old. Regardless of the kind of pacifier used.

So, the next time you wander down the baby aisle of your favourite shop, don’t spend too much time worrying about what type of pacifier to buy.  It really won’t matter in the long run as long as you wean your child before their third birthday.

All images depicted are for illustration purposes only. At no time was clinical treatment being provided to the individuals shown.